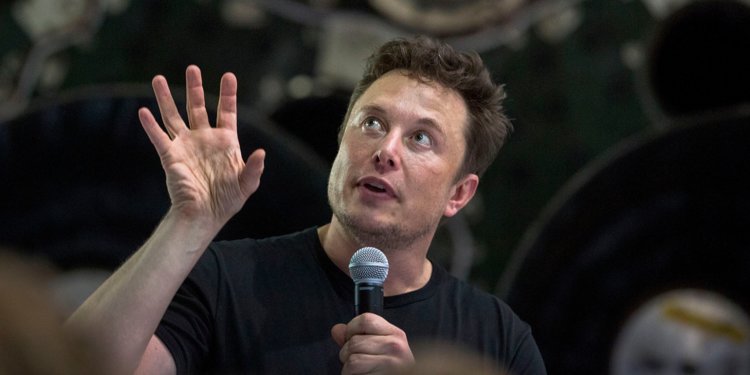 Elon Musk who is sometimes referred to as “the Trump of technology”, mainly due to his fondness of making remarkable proclamations, has recently uncovered a new kind of brain-machine interface. He has asserted that if human beings do not enter symbiosis with artificial intelligence, they are sure to be left behind. Musk further articulated that he was going to be the man who stopped that happening.

Making a direct connection between human brain and machine is a time-honored ambition which is already becoming a reality. For instance, in deep-brain stimulation, neurosurgeons often implement a few electrodes into an individual’s brain in order to treat Parkinson’s disease. However, a collection of 100 conductive silicon needles, known as Utah arrays, are now experimentally used to capture brain waves. A “brain-to-brain network” has been recently developed by a team at the University of Washington which allows individuals to play games with each other through only their thoughts. Scientists at the University of California have also achieved recoding neural signals from individuals as they speak and have transformed such information into intelligible speech using a computer.

Similar to all Musk’s statements, Neuralink appears to be more ambitious. The major goal of the firm is actually to develop a “neural lace” which is a mesh of extremely thin electrodes crawling as much data from the brain as possible. Undoubtedly, this is a demanding aspiration. The electrodes required to capture such data must be flexible in a way that they do not cause harm to brain tissue and they should also last for a long time. Furthermore, they must number no less than thousands in order to provide satisfactory bandwidth. Another factor which complicates the procedure is that the implantation must be safe, painless and effective pointing out to the need for an automated process.

Neuralink has undeniably made significant progress towards these goals. A video of neurosurgical robot which is best described as a sewing machine demonstrated the implantation procedure during a presentation at the California Academy of Science. The robots grabs ultra-thin electrodes and injects them deep into the brain via a hole in the skull. The robot can insert 192 electrodes per minute. The firm has also developed a chip which can interpret signals from around 3,072 electrodes and communicate them wirelessly.

However, real-time analysis of the output is actually the real magic. From a superficial perspective, neurons in the brain fire at random. Computer software can accordingly learn such patterns at the time a person undergone Neuralink implantation does particular things. To be exact, if sufficient electrodes are implanted into the motor cortex of one’s brain, it will be possible to capture what happens in their brain when they move an object or write something. Such data is enough for fully controlling a device. On the other hand, such electrodes can be used for stimulating neurons in order to give an individual a particular feeling.

Neuralink has already been tested on rats and monkeys successfully. The firm is now hoping to find human volunteers and their major goal is to help individuals overcome ailments such as paralysis or blindness.  Nevertheless, Neuralink is focusing on bigger market. The firm has developed a small device which is placed behind a person’s ear capturing signals from the implanted chip and transmitting them as appropriate.

Despite the futuristic and invaluable aspects of this technology, the major obstruction ahead Neuralink is however persuading people that the required surgery is a good idea.

I was grabbed by the gravity of computer science in 1994 and I’ve been accelerating in my orbit ever since. In this system, my mission is to accomplish the unachievable. It is to fly above and beyond conventions and to craft code which docks with any rapidly revolving mechanism. From this vantage point everything looks so spectacular.

The details page for this project is under construction. This is because this post is new.